Holiday Gift Certificates: Everything is Included! 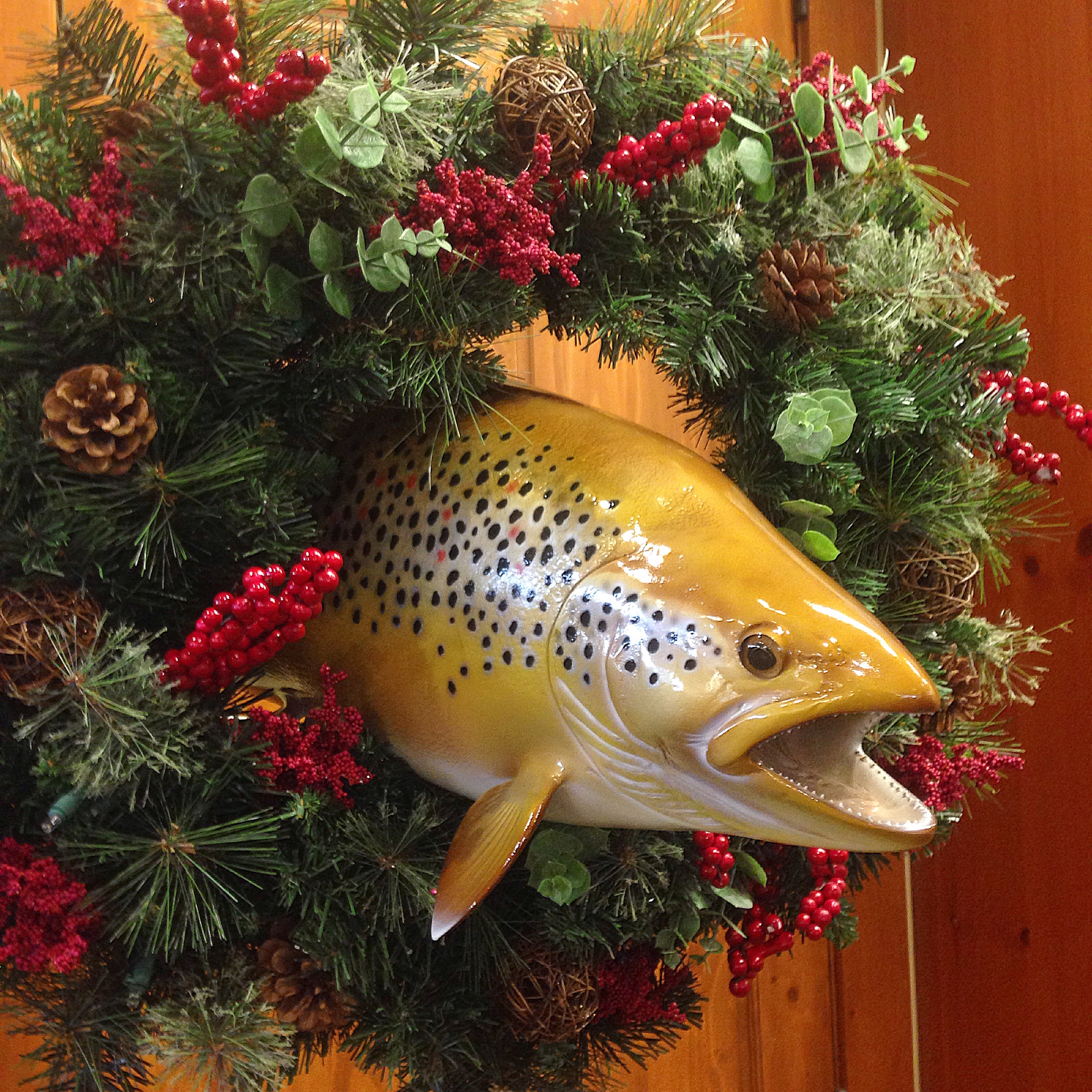 Many non fly fishing spouses or family members want to purchase the perfect fly fishing gift for their trout crazed significant other, but lack the confidence in their own fly fishing knowledge to select the perfect gift.  The one thing every angler can use is more time on the water and less time dealing with their own tangles.  If you buy a half day or full day guided fly fishing gift certificate from us you don’t have to worry about what gear your angler already has.  If they don’t have gear we can provide anything they need free.  We can always show them a new technique, a new fishing location near Asheville, or simply make their day on the water easier by handling preparation and detangling for them.  Just pick a fly fishing trip from either our wade trips page or our float trips page and you can pay by calling us 803-431-9437 or pay two %50 deposits online to be paid in full.  We will then email you a gift certificate for the trip you want.  As always if you have any questions please email or call and we will be happy to help you figure out which trip might be best.  For an additional $20 we will mail you a hat with a printed gift certificate so you have something neat to wrap!  All the gift recipient will have to do is call us to schedule their trip. 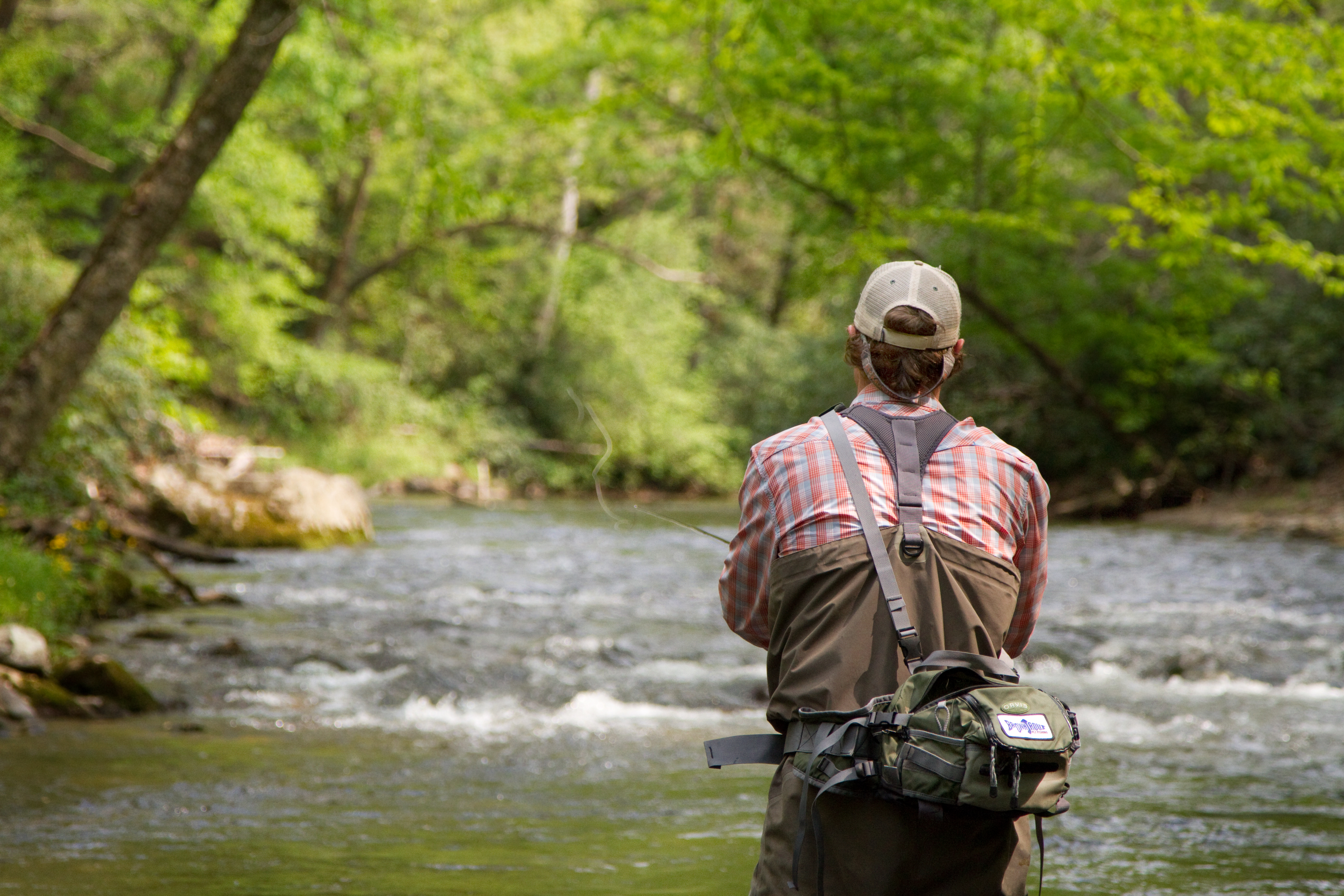 Brown Hobson likes to geek out on fish. The Asheville-based fly fishing guide spent several years managing an Orvis store in Jackson Hole where he fished often, but not often enough. “I wanted to be on the river every day and see how trout react to different things. I wanted to nerd out on the trout stuff.” And that’s exactly what he’s been doing since he moved to the Southern Appalachians and started his guide service, Brown Trout Fly Fishing, six years ago. Brown, an Orvis-endorsed guide, is also a member of the U.S. National Fly Fishing Team.

Yes, we have a national fly fishing team; fifteen of the country’s best anglers compete nationally and internationally (they won silver at the most recent World Fly Fishing Championship in Bosnia), catching fish for points. The trout he’s catching here in the South are generally smaller than what he was catching in Wyoming, where the rivers are wider and support larger fish, but Brown says size isn’t all that matters in the world of fly fishing. “Yeah, the water here is smaller and the fish are generally smaller, but everything in the Southern Appalachians is green and moist. It takes more effort to fish around here. It’s more physical, and I like that.”

We asked Brown to detail his five most essential pieces of gear for fishing small Appalachian streams. Here are his picks, in his own words.

To see the full article and the 5 products go to BlueRidgeOutdoors.com

Each angler will receive 3-4 hours of guided fly fishing instruction with one other angler and 3-4 hours of unguided fishing in proximity to Brown Trout Fly Fishing Guides.  Lunch and Drinks included.  Waders, Rods, Flies not included.  Consult your local ORVIS store fishing manager for appropriate flies and equipment.

7:00 Meet at ORVIS Asheville and follow guides to river

Lodging, NC fishing license and Trout Privilege, fly fishing equipment, and transportation are not included.  BrownTroutFlyFishing.com has a full list of recommended places to stay.  Payment must be made in full at the time of booking and is non-refundable.  Call Brown Hobson at Brown Trout Fly Fishing to book your trip.  803-431-9437